The Saga of Salmon Steve

There are many ways to enjoy blaseball—all valid. Some fans simply bet on matches. Others eagerly discuss their favorite teams and generate entire backstories for their players. There are fans who compile statistics, or draw fan art, or both.

At its core, Blaseball is a fantasy sports betting game. In each season of blaseball, which takes a week of real-life time, fans watch their favorite goofily-named teams play each other in matches, and bet on the results. However, unlike baseball, the history of blaseball includes rogue umpires incinerating fan-favorite players, the time the fans committed necromancy and brought a pitcher back to life, and killing a god.

For more details, we recommend you watch this explainer video: 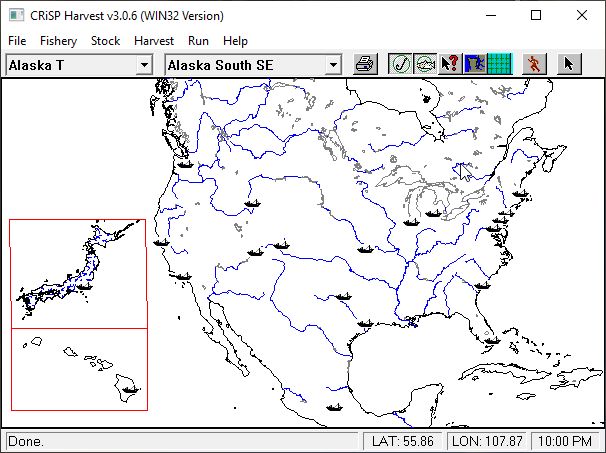 During the Season 3 finals, Landry Violence, beloved batter for the Hades Tigers, was incinerated by a rogue umpire. From that moment, fans on the Blaseball Discord server began typing “RIV” (“Rest in Violence”), instead of “RIP” (“Rest in Peace”). The term was later canonized by The Game Band, who made “Rest in Violence” the official subtitle for Season 8.

During the Grand Siesta after Season 11, a trial was held on the Blaseball Discord server. Notably, the trial ended with the accidental incineration of CEO Commissioner Prime Minister Parker MacMillan III, and with Judge Keeper Sins delaying its verdict until the next day. In that interim, Discord users began joking about how Sins' ruling should be posted with a relevant file extension. Paranundrox then fatefully suggested the referential “parker_memoriam_ruling.riv”. Tired Paralegal Max googled the .riv file extension, and found that it was used by the CRiSP Harvest Model, a salmon harvest simulation tool from the mid-90s. Hours of exciting research and discussion ensued.

SIBR[?] soon took up the investigation. After reading through manuals and getting the CRiSP Harvest Model running on modern machines, SIBR members decided to modify the program itself to display information relevant to blaseball, such as a broader map of North America with team stadiums marked as fisheries. Days into deconstructing the program, SIBR member Edgarware found an icon buried in the program, secretly rendering on the map within Seattle, which showed a headshot titled “steve!” Who is Steve, and why is he in this program? What even is the CRiSP Harvest Model and why is it important?

By the turn of the 20th century, after centuries of colonization, fishermen from both the United States and Canada were intercepting the same stocks of fish at different spots along their migration routes, to the detriment of the local salmon population. The signing of the international Pacific Salmon Treaty of 1985 provided a common framework for regional fisheries on when and how much they could catch, while still allowing the salmon population to recover. The regulations were based on projections from a computer model—a relatively new concept in 1985—and soon others wanted to run the model themselves. In 1989 Research Professor Jim Anderson of the University of Washington's School of Fisheries received a grant to design a user-friendly version of the model. Anderson formed Columbia Basin Research (CBR), and the Columbia River Salmon Passage (CRiSP) Harvest Model was born.

SIBR continued to dig into CRiSP Harvest's past and decided to reach out to its creators to learn more about the program and who the mysterious Steve might be. SIBR member honu corresponded with Anderson and numerous former CBR members, but no one recognized the picture, or remembered enough details to wager a guess at who it might be. SIBR was still working on the model, but excitement on the identity of “Salmon Steve”, as he had come to be known, continued to build.

Then, a breakthrough: both Professor Anderson and the former lead engineer on CRiSP Harvest suggested “Salmon Steve” might be a Steve U.—a junior engineer on the project, who 25 years later is the CEO of a tech startup. Honu reached out to Steve. He quickly replied:

Steve admitted the self-portrait was an easter egg, buried while he built the mapping portion of the software. When honu explained what SIBR was actually doing with CRiSP Harvest, Steve found it hilarious. On November 17, Salmon Steve dropped into the SIBR Discord server to say hello to the folks who had been building off of decades-old salmon tech. He cordially listened as users explained the mechanics of blaseball, and ended up rooting for the Americanos during Round 1 of the Coffee Cup. He also helped SIBR understand the importance of the CRiSP Harvest Model, in ensuring the livelihoods of many salmon stocks throughout the Columbia River Basin.

SIBR's research into the CRiSP Harvest Model continues: both to convince the software to display ever more blaseball information, and to learn more on the sociopolitical history which led to its creation. Salmon Steve is welcome back anytime. 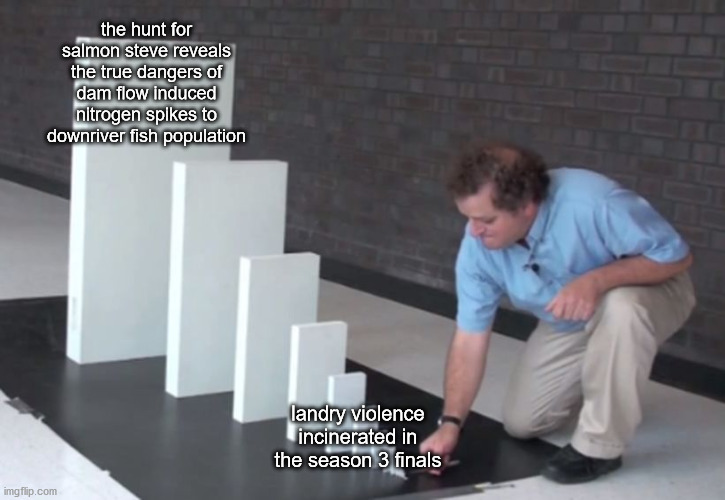 UPDATE: We chatted with Salmon Steve, and in honor of this story and SIBR Monday, we ran a fundraiser for Girls Who Code. SIBR fully believes in gender, racial, and mental diversity in tech—and with the community's help, we raised over $3,000!

UPDATE #2: Honu went on the Blaseball News Network's Sunday recap show and gave an impromptu lecture on the history of salmon, CRiSP Harvest, and the Saga of Salmon Steve:

UPDATE #3: On Day 1 of Season 15, Blaseball experienced Salmon Weather for the first time. So far it appears that Salmon sometimes swim Upstream, causing the inning to restart. Research is ongoing.